I got this book as a birthday gift from a friend who jokingly challenged me afterwards that I should make my own version after reading it. 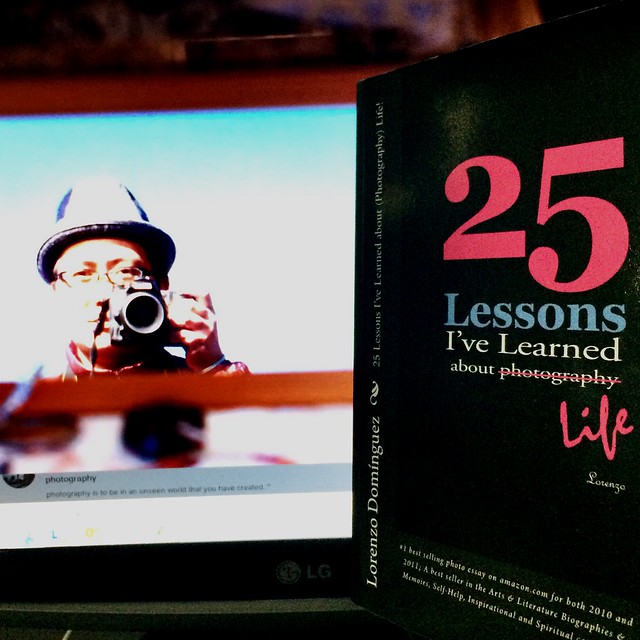 I stand on the edge
of a cliff, mummified
by the clouds

I was learning the details
of nature’s palette
but the starless skies
swallowed me whole.

On the phone,
mother was yelling
You are on the cover
of a photo magazine --
playing with the clouds.


The book is about Lorenzo Dominguez’ journey in (re)discovering his artistic side while having emotional battles. He just separated from his wife and their two sons were left under her care. But instead of succumbing to depression and loneliness, he made his camera his constant companion and went to discover the neighborhood. And as they say, the rest is history. He became famous in flickr, a photo sharing site. He also got discovered by magazine editors, bloggers and photo agencies. The intention of the book was to share the lessons he learned about life and photography, its parallelism and contrast. Thus, the obvious title of the book - 25 Things I've learned about photography life.

It has a very interesting and engaging premise. However, after five or six chapters it was fast becoming a tedious read. Maybe because I need not to be reminded about the divorce frequently. I really enjoyed the first few chapters, especially the time when Lorenzo was trying to play with this camera, got all excited and post as many photos as possible on flickr. His enthusiasm reminded of myself when I started photography and became addicted to flickr. The joy was discernible. 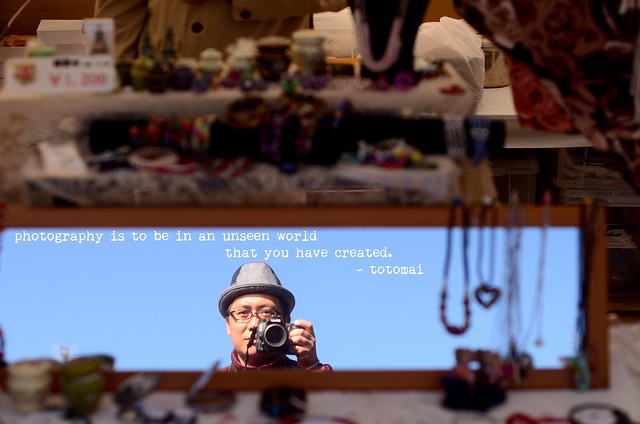 There were times that the flow of the essay seemed flat. It sounded like a literal explanation of the quotations included in each chapter. It could have been better if it was free-flowing, more natural. I understood why it was presented that way, to have a more defined, or precise chapter but some of it were not effective.

Some of his photos were included in the book. He seemed to perfect the technique of street photography. I really like the composition and angles of the photos. However, the quality could have been better. Some of the details of the photos were lost with the way it was printed. I may have “met” him on flickr before. Maybe.

Also, some of the photography tips he shared surprised me. Example, when Lorenzo mentioned that there were times he tried to take photos with both of eyes opened, I smiled because I do that. ALL THE TIME. But there were times I found myself disagreeing on his tips. Once, he also pointed out, that in this digital age, it is easy to delete blurred and not so good shots right away. I object. I STRONGLY OBJECT. Keep these shots because every day you will have a different perspective or point of view and maybe these bad photos can be your masterpieces. So I would not recommend deleting them. See them later when you have a fresh mind and eyes.

It is still a good book though. Especially if you are into photography. It did not focus on the technicalities but on the satisfaction of one who is into this kind of hobby. He may have quoted lots from famous people, but I will be ending this review with a quote from Lorenzo Dominguez.

So don’t be afraid of solitude – strive for it instead. For emptiness can lead to clarity, and it is often the optimal conduit for enlightenment and inspiration.