I bought the book, Kamikaze: A Japanese Pilot's Own Spectacular Story of the Famous Suicide Squadron, in 2013 but did not have the time to read it until recently. The book opened with an explanation from one of the authors, Gordon T. Allred, after he was informed that the story of Yasuo Kuwahara may be a fabricated one. He maintained that he still believes Kuwahara, and let the readers decide afterwards. 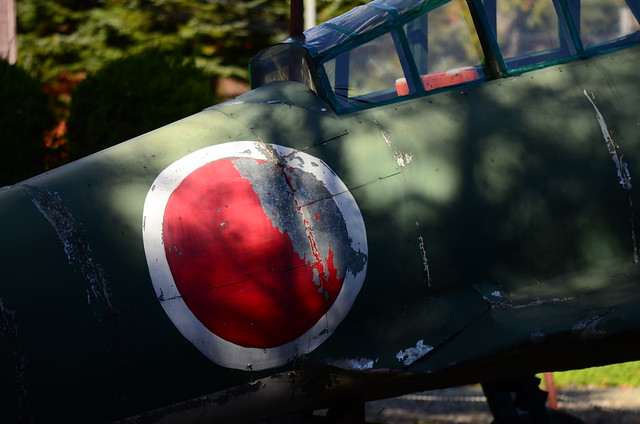 
The book is about the story of Yasuo Kuwahara, a 15 year old fighter pilot during World War II. It chronicles his experiences, frustrations, achievements and struggles. Allred did a great job in translating the story to English. It is very accessible, despite of some gory details. I am convinced that this was indeed a real account of a Kamikaze - it was too detailed, and consistent. (At least for this reader).

The voice of Kuwahara is consistent throughout the book, that of a teenager. Despite of the hard trainings at the camp, Kuwahara, alongside with his friends, Tatsuno, Nakamura, Oka and Yamamoto, still deliver a prank or two. Their friendship is one of the highlights of the book. Other notables are his relationship with his sister, Tomika and to his love, Tomoko. This is the reason why the chapters "A Brief Reunion", and "Ashes for the Family Shrine" breaks my heart.

Once you start reading the book, you can't put it down. It's suspenseful, intense and heartbreaking. Each scene is well-detailed that anyone planning to make it a movie will have a hard time duplicating it. I found the torture scene in "A Full Reparation" a bit exaggerated though. Same as the "Hiroshima" chapter, at some point I thought Kuwahara was Superman.

There are several typos, especially when it comes to the names of the characters. Also, Sulan, Philippines was mentioned, but I never heard of this (Sulan) island before. I also wish that some Japanese terms have a translation or footnote. That would help others who are not familiar with these terms (I know some as I am currently living in Japan).

A great book. I can't wait to see it on the big screen, if ever. Believe it or not, the night after reading the book, I had a dream (or nightmare) about war and the Kamikaze.

“Seek only to preserve life -- your own and those of others. Life alone is sacred."