When I was a kid, I always saw to it that the books I borrowed from our school library have illustrations. I found it easier to be a part of the story if the books have visuals. Of course, it changes as I grew older. 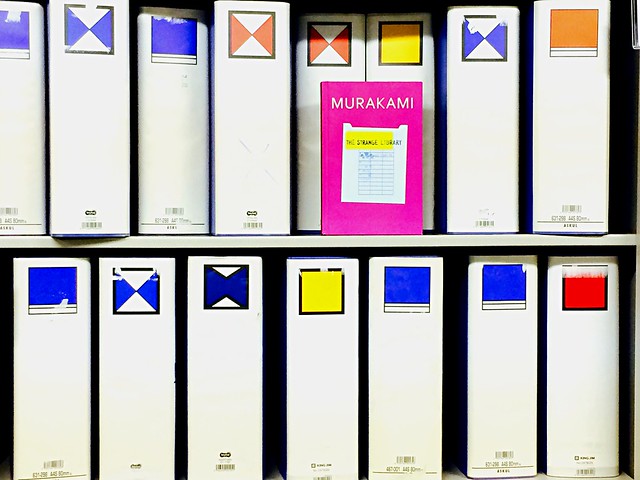 The cold breeze starts to bite
the candle in front of me,
its flame whispers
omens and premonitions.

I stare at the moon
but it was not looking at me.

The jagged mirrors hide
my reflection,
while my shadow
doubts my owns existence.

I lock myself up
inside of a book,
drown in letters and numbers.

I am alone
in a labyrinth
of fantasies
and nightmares.

And when I heard that the latest book of Haruki Murakami, The Strange Library, has illustrations, I got excited and it brought back some memories of me as a kid. I am aware about his works and I am expecting that this book will be more of a fantasy. Never expected it to be a dark one though despite of an obvious title. This is the fourth Murakami book that I have read but the first one that I ever reviewed.

The book is pretty straightforward. I can say that this is the most accessible book I’ve read from Murakami so far. The elements of fantasy, as you would expect from a Murakami work, are there but it’s never complicated here. It is about a boy trapped in a strange library. He needs to get out of the library in order to save his brains from being devoured by the librarian. Of course, along the way, odd creatures will help the protagonist escape. Sounds like a children’s book right? Could be, if you can handle its darkness.

I like how the innocence of the main character kept the story realistic. How he worries about his mother, his new shoes that he left at the basement, how he admired the beautiful voiceless girl. How concerned he was to the sheep man.

To enjoy the book, read it as it is. Read it as if you are a kid once again. There may be some hidden meanings and undertones or some characters appeared in other Murakami books, there’s no need to over-analyze everything. Each page is a treat especially with the supporting illustrations. There are times I spent more than a minute or two examining the drawings, like what I usually did when I was young.

How I wish this book will be made into a movie or a TV series. I am also hoping that some novels by Murakami will be accompanied with illustrations. It was really a good read.

It may be real. It may be a fantasy. But at some point in our lives, we let our imagination run wild and in one way or another, created our own strange library.

"If you don’t hurry, you’ll be lost for eternity".